Jump City Music is a full service musical talent agency providing concert and dance entertainment to audiences large and small. Our ensembles are made up of experienced performers who understand and embrace the concept of engaging and entertaining their audiences regardless of the setting. A musical experience provided by a Jump City Music ensemble will be sure to leave your audiences wanting more.

Presenting a concert? Jump City Music has over 20 years of experience entertaining concert audiences of all sizes. We have ensembles that will be sure to entertain audiences in a variety of settings. 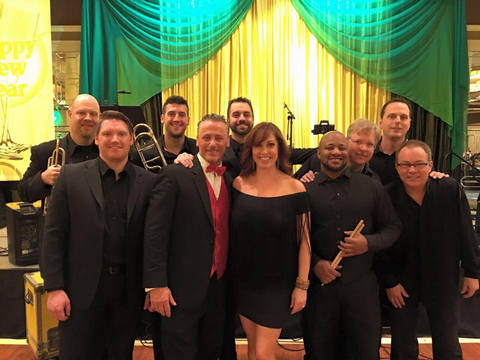 Professionalism All The Way Around

The Jump City Horns were without a doubt one of the best horn sections I've had the opportunity to play with ... Not to mention the fact that we pulled it off with only two hours rehearsal .. A mark of true professionalism all the way around!!!

The Jump City Horns (aka the Penny Lane Horns) had the distinct honor of participating along with Beatlemania Now as part of the recent celebration of the 50th anniversary of the Beatles first concert in America. Held in Washington DC on Feb 11th 2014, the concert was performed in front of a packed Washington Colliseum and received national media attention.